Genuine respect: the secret key to a satisfactory attorney-client relationship 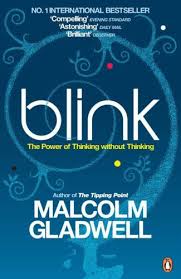 Malcolm Gladwell wrote in his book, Blink, about an analysis of medical malpractice lawsuits. In the medical malpractice analysis, it was determined that there are doctors who make many mistakes and never get sued while there are highly skilled doctors who get sued quite often. Most people who sustain an injury due to doctor negligence never file a lawsuit. Gladwell found that patients file suits because they’ve been harmed by medical negligence and because something else happens to them. That something else is how the patient was treated by his or her doctor on a personal level. Gladwell noted the results of a researcher’s study of hundreds of conversations that were recorded between a group of physicians and their patients. About half the doctors had never been sued; the other half had been sued at least twice.

The researcher found that just on the basis of the conversations, clear differences between the groups could be observed. The doctors who had never been sued spent more than three minutes longer with each patient than those who had been sued. The doctors who had never been sued were more likely to engage in active listening, encouraging their patients to expand on what they were saying. Those doctors were far more likely to laugh and be funny during the visit. There was no difference between the groups in the quality or quantity of the information they gave their patients. The difference was in how they spoke and the extra three minutes the doctors who never were sued devoted to their patients. The doctor whose tone was dominant tended to be in the sued group; the doctor whose voice sounded less dominant and more concerned tended to be in the non-sued group. Gladwell concluded that it came down to a matter of respect and that the simplest way that respect is communicated is through tone of voice. A doctor’s dominant tone will likely place that doctor in the sued group.

Gladwell suggested that when you next meet a doctor in his office and he begins to speak, if you sense that he’s talking down to you or isn’t treating you with respect, listen to that feeling–you have found him wanting. Finally, Gladwell quotes a medical malpractice lawyer, who observed that in all the years in the business she never had a potential client who said, I really like this doctor, and I feel terrible about doing it, but I want to sue him.

Likewise, I cannot recall a single client who ever told me that his/her attorney always treated him/her with the utmost respect, but nevertheless want to sue the attorney for legal malpractice.

Practice pointer for lawyers: Treat your clients with genuine respect.

Practice pointer for clients: Find a lawyer who will treat you with genuine respect.