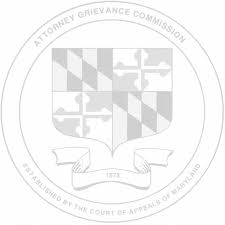 For years, immigration attorneys in Maryland believed that they were immune from being sued for legal malpractice and being disciplined for violating the Maryland Lawyers’ Rules of Professional Conduct. Immigration attorneys thought that their clients were too afraid to complain when they did not receive the promised adjustment to their immigration status, especially if they had entered the country without a visa.

In January 2015, the Maryland Attorney Grievance Commission filed a disciplinary complaint against Jennifer V. Landeo for her mishandling of multiple immigration cases as well as not depositing legal fees and filing fees into the law firm’s Attorney Trust Account.   Attorney Grievance Commission of Maryland v. Jennifer Vetter Landeo, Montgomery County Circuit Court Case No. 30653-M.
In September 2015, a Montgomery County Circuit Court judge issued his Findings of Fact and Conclusions of Law in the disciplinary case against Jennifer Landeo.   The Circuit Court found that Ms. Landeo had committed the following violations of the Lawyers’ Rules of Professional Conduct in representing three immigration clients: Rule 1.3 (diligence); Rule 1.4 (communication); Rule1.15 (safekeeping of property); Rule 1.16 (terminating representation); and 8.4 (misconduct).
On February 19, 2016, the Maryland Court of Appeals indefinitely suspended Jennifer V. Landeo from the practice of law, because she engaged in a pervasive pattern of misconduct.  See Maryland Court of Appeal’s opinion, Attorney Grievance Commission v. Landeo, 446 Md. 294 (2016) (“We agree with the Commission that the appropriate sanction for Landeo’s misconduct is an indefinite suspension from the practice of law in Maryland with the right to apply for reinstatement after ninety days. Among other misconduct, Landeo failed to provide diligent representation, failed to adequately communicate with her clients, failed to place fees into an attorney trust account, failed to timely turn over client files once her representation was terminated, and engaged in conduct that was prejudicial to the administration of justice”).
On May 19, 2016, Jennifer V. Landeo’s career as an attorney abruptly ended when she mercifully consented to being disbarred after new disciplinary charges were brought against her, including violating Rules 1.3 (diligence), 1.4 (communications), 1.15 (safekeeping of client’s property), and 8.4(a) & (d) (engaging in conduct that is prejudicial to the administration of justice) of the Maryland Lawyers’ Rules of Professional Conduct.  Attorney Grievance Commission v. Landeo, 447 Md. 592 (2016).  The Joint Petition for Disbarment by Consent stated the Office of Bar Counsel was investigating “Respondent’s conduct in connection with her representation of two immigration clients from 2009-2015” and that she “is alleged to have seriously neglected their cases and that she failed to maintain her clients’ fees in trust and failed to maintain appropriate records of funds she received form her clients”.

At the August 2015 disciplinary trial against Jennifer Landeo, Suzanne L. Capriotti testified that she was the manager of the financial records for the Landeo & Capriotti law firm.  According to the Findings of Facts and Conclusions of Law issued by the hearing judge, Ms. Capriotti “testified that as of 2010, none of the attorney fee payments or filing fees for the firm were held in a trust account”.   She testified that “we believed that the language in the retainer agreement was sufficient to hold [client funds] in their operating account”.  Ms. Capriotti acknowledged that she only became aware that the language in her retainer agreement actually did not allow the depositing unearned client funds into their operating account “after she received the notice from the Attorney Grievance Commission in 2014”.
In July 2015, Ms. Capriotti entered into a Conditional Diversion Agreement with Maryland Bar Counsel.  Ms. Capriotti agreed that the law firm’s bank accounts would be periodically reviewed by a Certified Public Accountant to ensure her law firm is depositing clients’ legal fees and filing fees into the Attorney Trust Account.
The fact that Ms. Capriotti had entered into a Conditional Diversion Agreement was not a mitigating factor in her law partner’s disciplinary matter.  The Court of Appeal note that “Landeo’s partner did not enter into the conditional diversion agreement until July 2015—several years after Landeo’s misconduct occurred”, meaning that “Landeo did not take it upon herself to timely correct the problems with her law firm’s accounting practices”.
Before Jennifer V. Landeo consented to being disbarred in May 2016, Ms. Capriotti changed the name of her law firm from “Landeo & Capriotti, LLC” to the “Law Offices of Suzanne L. Capriotti, LLC”.  Ms. Capriotti continues to represent clients in immigration matters.
Practice pointer for immigration law clients: There is a wide “trust deficit” between immigration clients and their Maryland immigration attorneys, because lawyers in their home countries are often corrupt, steal money, and/or are aligned with the government.  Therefore, it is critical that you retain an attorney that is fluent in your native language (or employs full-time certified translators), is able to explain the complexities of immigration law to you, and responds to your questions in a timely manner.
The following are 10 giant “red flags” that your immigration lawyer may be either incompetent, not diligent, and/or dishonest:
1. Not providing you with written receipts showing that your immigration application has been filed;
2. Not providing receipts or canceled checks of all immigration filing fees;
3. Telling you that your immigration file is being processed by the U.S. Citizenship and Immigration Services (USCIS) without providing you proof that your application has actually been received by the USCIS;

4.   Telling you that the reason why USCIS has not acknowledged receipt of your immigration application or provided a Form I-797C (Notice of Action) is that USCIS is backlogged.
5. Not providing you with monthly billing statements;
6. Not providing you with a monthly update of your immigration case;
7. Charging you an additional fee to discuss the status of your case;
8. Failing to respond to your telephone calls;

9.  Not employing a full-time translator; and/or
10. Making vague statements as to when your immigration status will be adjusted.