When an attorney commits an error, it is the client who suffers. 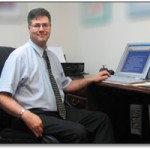 Due to his strong commitment to professional ethics, Stewart Andrew Sutton represents clients in legal malpractice cases against their former civil attorneys as well as fee dispute cases.  He has obtained numerous settlements and judgments for his clients throughout Maryland.  Stewart Andrew Sutton’s success rate in obtaining a recovery in legal malpractice cases and a reduction in the amount owed or reimbursement in fee dispute cases is 100%.

The purpose of this website is two-fold.   First, it informs Maryland consumers on how to protect themselves from unethical and unscrupulous attorneys.  Secondly, the website educates Maryland attorneys on how to comply with their professional obligations.

Disclaimer: This web site is designed for general information only. The information presented at this site should not be construed to be formal legal advice nor the formation of a lawyer/client relationship. Each case is different and that the lawyer's past record in achieving favorable results for clients does not guarantee that he will be successful in reaching a successful outcome in any future case.